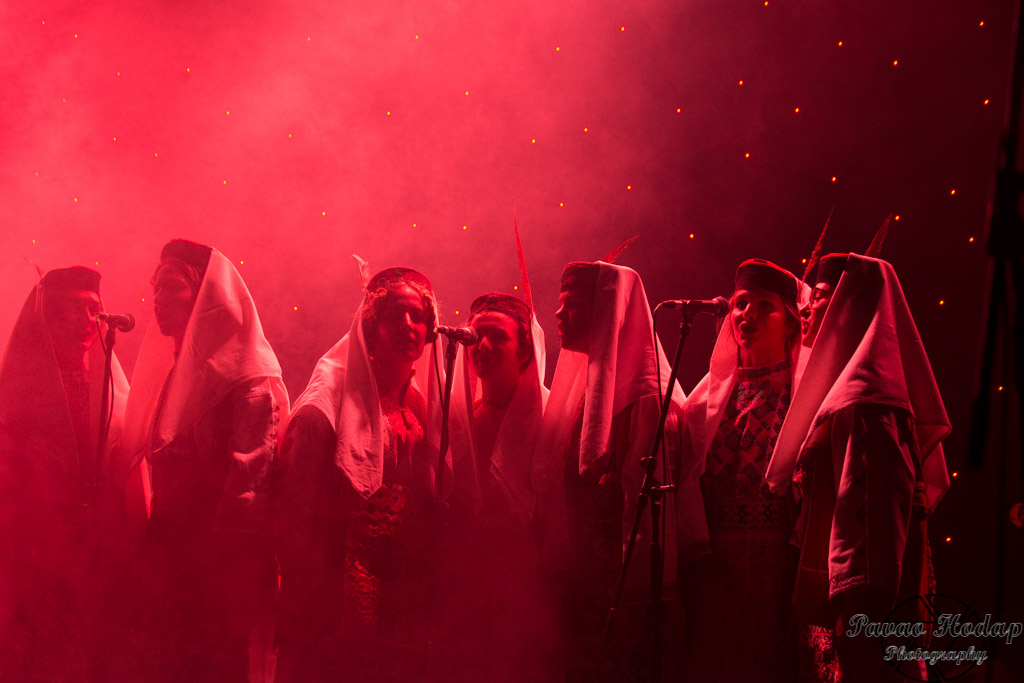 AntiValentinovo #4 in 2019 was held in two cities for the first time: in Zagreb and Ljubljana, and after a very good response from the audience in Zagreb and filling the hall of Boćarski dom, it can be concluded that the AntiValentinovo concert has become one of the most important regional festivals. In Zagreb, AntiValentinovo was celebrated on Friday and Saturday, 8 – 9 February 2019 at Boćarski dom, and Ljubljana has had its anti-Valentinian experience for the first time on 6 – 7 February. For the first time in both cities, the program was enriched with the excellent stand-ups from “Studio smijeha” performers who made excellent announcements and raised the atmosphere in otherwise boring and tiresome pauses between the two performances. It must be acknowledged that it’s very difficult to maintain a high level of quality, satisfy the audience and remain appealing by applying the same concept for events from year to year, since the concept of hosting exclusively local and regional bends, which perform relatively often in this area, has been applied once again. But considering that the selection of bands and their genres has gone beyond only Rock bands and this year it included extremely diverse bands varying from pop punk to rap, a very interesting concept was been achieved and it could easily satisfy very diverse ages and types of the audiences. It can be considered that the concerts were satisfactory and in line with the expectation levels, but it must be emphasised that Let3 and Kojoti were above all expectations.

On Friday the performers were: Sau

ešće, Elemental, Zabranjeno pušenje and Rambo Amadeus, and on Saturday: Turisti, Bad Copy, Kojoti and Let3. Rambo Amadeus has proven himself as one of the musicians you have to either love or hate, you can either grasp it completely or not at all. But in spite of all, the uncompromising Rock show improvisation called Rambo once again won over his loyal fans and probably intrigued new members from younger generations, which were present during the first day of the festival in significant numbers. Elemental had an excellent performance and it was a pleasure to see a band that conceptually fits within the AntiValentinovo concept and their performance greatly enriched the marking of AntiValentinovo, while the audience could hardly wait to hear the hit „Romantika”, as well as others which had marked bands career. Zabranjeno pušenje began the concert with hits „Selena“, „Hadžija ili bos“ and „Pišonja i Žuga“ and continued at their recognizable pace that completely won the audience as they dominated with their brilliant performance on the first day of the festival. The band has proven they are still in great shape and have easily managed to ignite the audience and bring everyone to the collective singing along point of the most famous hits that were perfectly blended into the atmosphere and the main message of the AntiValentinovo festival.

Kojoti have demonstrated their excellent concert shape and have shown an inexcusable source of pure and uncompromising Rock energy and inspiration that the Croatian audience loves and adores so much that their greatest hits can already be considered evergreen pieces in this region. The reception and feedback of the audience during the Kojoti concert was excellent and it was a real pleasure to see them in full glory in the full concert hall. Boćarski dom was finally ignited by the conceptual initiators of the festival: Let3 and no one could stay indifferent to another ferocious performance of Let3 that came as one in the endless series of brilliant concerts that are always carefully planned as artistic shock performances and always stay in the memory as unforgettable experiences. This year, the special and most significant Rock treat that can be seen in this area was particularly impressive, from the very first moment when they opened the show with special guests: folklore ensemble Harmonija Disonance which performed the song „Profesor Jakov” together with the band. It is impossible to distinguish the most important hits because they played one by one in the magnificent array of the best music delicacies that distinguish themselves as the very best that Croatian Rock bands have ever made in this area ever and have completely won the audience. The absolute peak of the concert was the performance of “Riječka pička”, for which Let3 hosted the excellent and unrepeatable Marina Perazi

The festivals moto this year was: “No Love, Only Family” and it reminds us that the Rock and the flaming hot concerts in this area are not dead and it is the hope of all of us that the concept of AntiValentinovo will survive for a long time among us and that we will return to this festival again and again, even after smaller mistakes or kickbacks, the same way as we can always come back and safely embrace our own family that has never been and will not be completely perfect, but we still love it.