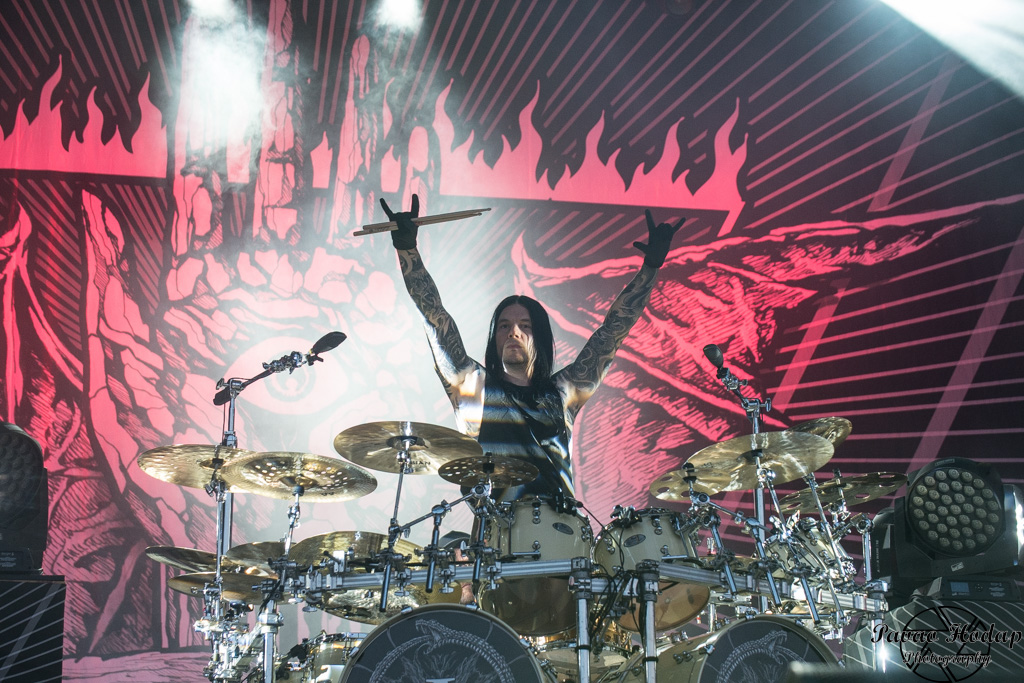 This year our mission was to investigate what those Fezen has to offer to those that are not Hungarian and not entirely familiar with all Hungarian bands. PH-pit is a Metal Media Portal and all our Reporters are Metalheads with respect to all relevant genres such as blues, Rock, Hard Core, Punk and all other influences that made Rock ‘n’ Roll one of the greatest achievements after man discovered fire. Fezen offers something for everyone and maybe this is considered as one of the strongest points of the festival, but we find it to be the weakest or better said: the concept was not elaborated and organised well. Those who are fans of only Rock, only Heavy Metal or only one specific type of music will not feel at home at this kind of festival which was tailor made to those that can listen to everything or anything. There are too many stages that are spread to a very huge area and the concept of the program was poorer this year. Program is spread out on 6 stages but unfortunately the programme was not fully coherent style wise as too many genres were mixed up so fans could not for instance pick one favourite day and attend all the concerts during that specific day, rather the case was that prominent bands were spread thought out the whole duration of the festival and other bands that played on specific days could not quite bring the atmosphere to a complete boiling one would expect. We had too many spare time at which we were not interested to see one more band as only two or three bands per day were representing something we would like to see. The Line up and other activities included to many different styles of music and it seams to us that it pays off better to see a concert of the band that you love than to come to a festival at which there are too many different genres and at the end of the day you can only conclude that one band was great to see.

We will give an overview of the festival in the above mentioned manner. Taking into consideration that we are not subjective to Hungarian bands- bands have been assessed by the quality of the live performance and not the extent of their fare or former sentimental glory.

On the first day the live performance from Airbourne stood out from all the others as they gave an raw authentic hard rock performance that was a real pleasure to enjoy.  My doubts were quickly swept away from the first song, since the group literally fired up the audience in less than 3 minutes! The atmosphere was monstrously festive and even other well known festivals would not have done better. With their energy overflowing the group had us firmly holding the front rows and gave a performance worthy of the biggest icons of Rock’n’Roll and a well-run stage game. Joel O’Keefe, made us sing, scream, he ran everywhere and gave us a demonstration of an explosion of energy. In short they made the show for our greatest pleasure and as always with Airbourne: you get what you pay for!

On Thursday we had a pleasure of enjoying one of the biggest headliners: Arch Enemy! They left a strong impression and live performance was done immaculately. The melting death of Arch Enemy has always had an addictive formula. We are seduced by the crazy energy and the powerful voice of Alissa White-Gluz, but also by the Jeff Loomis / Michael Amott duo who deliver harmonious and inspired guitar phrasings. The musicians are all virtuosos of their instruments, and the interpretation follows whatever happens, so that the performance remains a mix of raw energy and melodic elegance. Obviously, it was the more classical repertoire from Arch Enemy that has put the audience into ecstasy. The songs performed live have much more of its effect live and it’s a pure pleasure to enjoy their concert. The melodic sequence is the strong base within the group concept and the interpreted songs pass smoothly the barrier of the stage and create an unrepeatable experience of unity of the band and fans!

The World Is Yours

You Will Know My Name

Under Black Flags We March

As the Pages Burn

No Gods, No Masters

Dream Theater once again offered us a magnificent show. This concert was a resounding success, from every point of view. The public was in raptures for the five Americans, who immediately prove to be very friendly towards the fans. Until the end of the concert the band continued according to timeline that made fans hungry for more, presenting a piece from each album of the band. Each song is accompanied by the projection onto the screens of images dating back to that particular period. The concert ends with a long version of “As I Am”, in which Petrucci, Rudess and Myung improvise for a long time doing a little solo each. After the concert, Dream Theater approached the audience to receive a well-deserved ovation; the biggest ones belong to Mike Portnoy and John Myung, literally idolized by the public! To conclude, it can be said that this was a great concert, with excellent acoustics and great public participation. Dream Theater was as precise as ever, and gave the audience a night to remember for a long time.

A Nightmare to Remember

Fall Into the Light

In the Presence of Enemies, Part I

The Dance of Eternity

The performance of the Age of Nemesis– a Progressive Metal / Rock artists from Hungary also cached our eye. Age Of Nemesis has a particularity that is enough to attract the attention of the most curious, if we then add the fact that the proposed genre is not extreme metal – which is the most popular in Eastern European countries – but a dynamic and modern Progressive metal, the desire to get closer to this band and get to know them can only increase. Apart from the inevitable stylistic references to this or that band, Age of Nemesis are nevertheless able to outline a variegated and extremely interesting sound that gives an interesting mixture and sometimes electronic use of keys, the latter essential to give a modern cut to their sound. Their work will surely please all admirers of prog metal and all the others also look elsewhere since the genre certainly offers more interesting and personal records.

The day started with a very fun and great performance from Paddy and the Rats. The band brought the glory of the best night at a Irish pub mixed with Polka, Punk & Pirat parties. It was great enjoying their performance and hardly anyone could just remain to standing still, the band was the first one to have nearly the whole audience dancing with joy!!

Vulgar Display of Cover must be mentioned as they gave a really good live performance that was in line with our expectations and their reputation. They performed at midnight and the audience was very responsive and fired up. They were the next best thing the audience could see after the biggest disappointment of the whole festival: it was announced that Cradle of Filth will not perform due to a problem with travel arrangements. Its fair to say that it was a shock as the announced band was the biggest headliner of the day,

Alestorm had the best performance and audience response of the day and it fair to say that they can be considered  the headliners of the day as Cradle of Filth cancelled the concert at last minute. The band, led by vocalists Marco Palazzi (ex Kaledon) and Sara Tiezz shows that they know how to occupy the stage well and there were moments when the whole audience sang along their favourite songs with the band.

From the very beginning of the concert (in the meantime the field in front of the stage was completely filled) it was evident that the keyboardist / singer Christopher Bowes is focusing on pure entertainment and the formula is very welcome; the musicians have abandoned the pirate clothes and propose themselves with clothes almost like band rappers. Moreover, as can be seen from recent interviews it is clear the intent of the Alestorms to break all boundaries and propose a show with almost no limits other than to amuse the audience to the maximum. Consequently there are extreme moments with growl voices, intro discordance or even rap with the cover of “Hangover”. All the fans are satisfied live; on the one hand, there is a wink to those who enjoy the most powerful and daring pieces such as “Shipwrecked”, the epic “1741 (The Battle of Cartagena)” or “Wolves Of The Sea” and the “Keelhauled”. On the other hand, those who love the insane and entertaining side of the group are delighted with pieces such as the absurd “Mexico”, “Drink” or “Alestorm”. Heard live they are simply perfect to further unleash the already conquered public right from the start. Bowes does not fail, as it was written earlier, to propose various moments of pure irreverent cabaret as in the case of the final salutation to the public with raised middle fingers and the announcement of “Fucked With An Anchor” ironically dedicated to all present. Crackling final with the homonymous “Fucked With an Anchor” left a good memory to all that were present and surely the band has made some new fans thanks to a vibrant and very fun live performance.

Wolves of the Sea

Fucked With an Anchor

A very good live performances were also given by Life of Agony an American alternative metal band from Brooklyn, New York and Christian Epidemic, a Hungarian black-death metal band. The somewhat insane combination of gentle melodic and most brutal death elements is hypnotic and the atmosphere at the concert was well worthy of the bands status.

During the last day there were no major International names so we mainly concentrated on Hungarian bands. Moby Dick and Zártosztály gave very good performances but mainly they attract domestic audience as they have decided to sing in Hungarian but the fact didn’t influence the overall number of present audience. It may be even noticed that the audience was quite satisfactory taking into consideration severe weather conditions. Unfortunately, due to a heavy storm, many people missed the concert of Queensrÿche.

To those that haven’t have time to carefully investigate all the bands at the festival or don’t know them all from years before: the most pleasant surprise was the excellent Hungarian female rock band from Gyöngyös: Dorothy. We certainly recommend catching them live as their performance was vibrant, fun and refreshing.