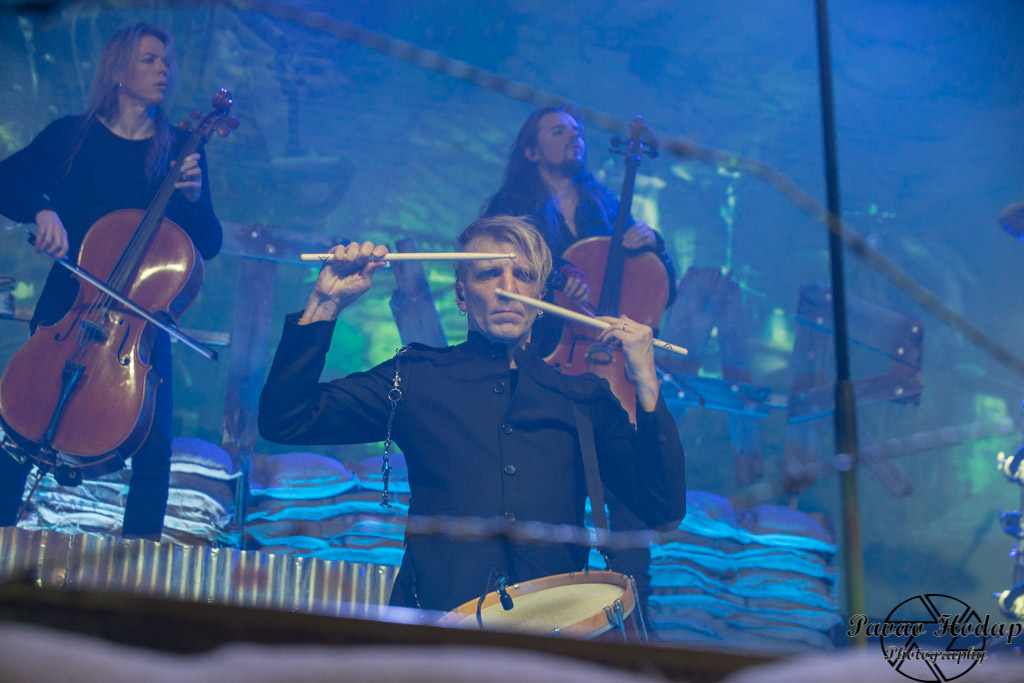 Masterpieces that fuel the soul and imagination

Apocalyptica prepared an amazing concert for Croatian fans and we spotted fans that travelled from the all parts the region to see them, although Apocalyptica is currently playing in neighbouring countries with Sabaton on a Great War tour, with concerts in Vienna and Budapest just days apart. It a great deal that such a great turn out has been in Zagreb, as fans decided that it would be worthwhile seeing Apocalyptica as headliners. The concert itself proved that the perfect atmosphere has been created by the band and no supporting acts or warm-up bands were needed to make the night complete. Actually, the band prepared one of the best concerts within these few months as they performed several of their masterpieces for the first time ever!

Apocalyptica is currently promoting the new album Cell-O and the concert itself proved that the band cannot be viewed in their old starting point that sky orbited the band and they have become so much more than the band that offers genius covers of Metal hits, they have the maturity, charisma and creative energy to present and rule over the audience with their own masterpieces we hope someday will be considered classics. Afterall, more than 20 years has passed from their release of the first album “Plays Metallica By Four Cellos”. Tonight’s concert once and for all and definitely proved that their own songs have the power to keep winning new fans and I was amazed to see parents with their children and even “soon can be grandparents” generation among the audience standing side by side with the same glitter in their eyes during the concert.

There’s no need to comment the musical performance as it was flawless, event one instance at witch Paavo Lötjönen lost his fiddle bow due to too energetic performance- went unnoticed music- wise and even provoke even more sympathy from the audience as the charisma and positive energy from all band members could be felt, seen and heard in every second of the concert. Their musical education, background and experience so far has placed them among the precious few bands you simply must see and experience at least once in a lifetime!

The concert was opened by „Ashes Of The Modern World“, which was the perfect overture of the musical perfection we had to honour to whitens tonight. Apocalyptica dominated the stage and won over the hearts of every single participant at the concert, their energy and flawless showmanship skills instantly turned the venue to a boiling point of no return. It’s customary that every fan has its favourite, but honestly, it impossible to point out the strongest link or the best showman in the band as cellists Paavo, Perttu, Eicca and Mikko on drums and keyboards gave their unique touch and had their way to get under the skin and won over the sympathy of the audience with their contagious positive energy. As visible from the interviews with the band, they have incorporated the Finnish mentality which dictates that celebrity status isn’t recognised as a value, the true value is not to act too proud and “full of themselves”. That exact mentality and sensibility could be felt though their performance as they have successfully engaged the audience and won our hearts as genuine and true artist that enjoy in their profession with every atom of their beings.

For their hits „I’m Not Jesus“, „Not Strong Enough“ and „Shadowmaker“ a singer Tipe Johnson joined the band and it was quite a refreshment as he has successfully transferred the emotion of the songs and engaged the audience in a beautiful singalong harmony.
Some of the covers that were played were: Sepulturas „Refuse/Resist“ and „Seek And Destroy“ for which the crowd finally engaged in a harmonious singalong with a twist at which the „Thunderstruck“ was incorporated to bring out the audience to a boiling point.

If purely view from the musical performance the highlight of the evening was performance of „Seek And Destroy“, and the title track “Cell-O”. The complete harmony of the vocal and musical performance peeked at „I Don’t Care“ which once again received one of the biggest ovation from the audience due to the very successful transfer of a very powerful and emotional statement of the song. “Nothing Else Matters” was masterfully performed and also was one of the points that could bring out a tear into the eye out of pure beauty of it.

Apocalyptica describes their music as “the fuel for imagination and the souls of the listeners”, which brings me to the final conclusion: Apocalyptica played on 20th January, the so-called “The most depressive day of the year” and left an lasting imprint that they have the key to beating that day and all other days that can be called depressive once and for all. In some cases, the most severe ones, at which one can feel the words and memories can only hurt- this amazing wonder from Finland offers the universal cure: the power of music that can heal even the deepest wounds and offer hope, consolation, comfort and ease to those in need. Bear that in mind in difficult times and consider prescribing yourself heavy doses of Apocalyptica in times when musical therapy just feels like the best answer, especially in the case of the band that perfectly combines classical instruments and elements with modern Metal genres. Tonight’s concert and energetic and deeply emotional performance from the artists proved that they are trustworthy and have succeeded in being better than all the expectations we had!

Photos are taken from the concert played with Sabaton; held in Planet TT BA Halle, Vienna, 21.01.2020. 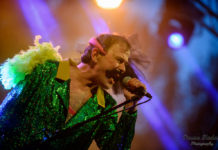 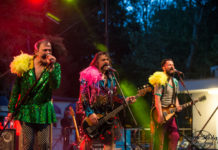 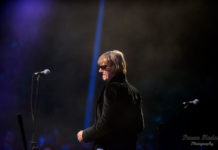