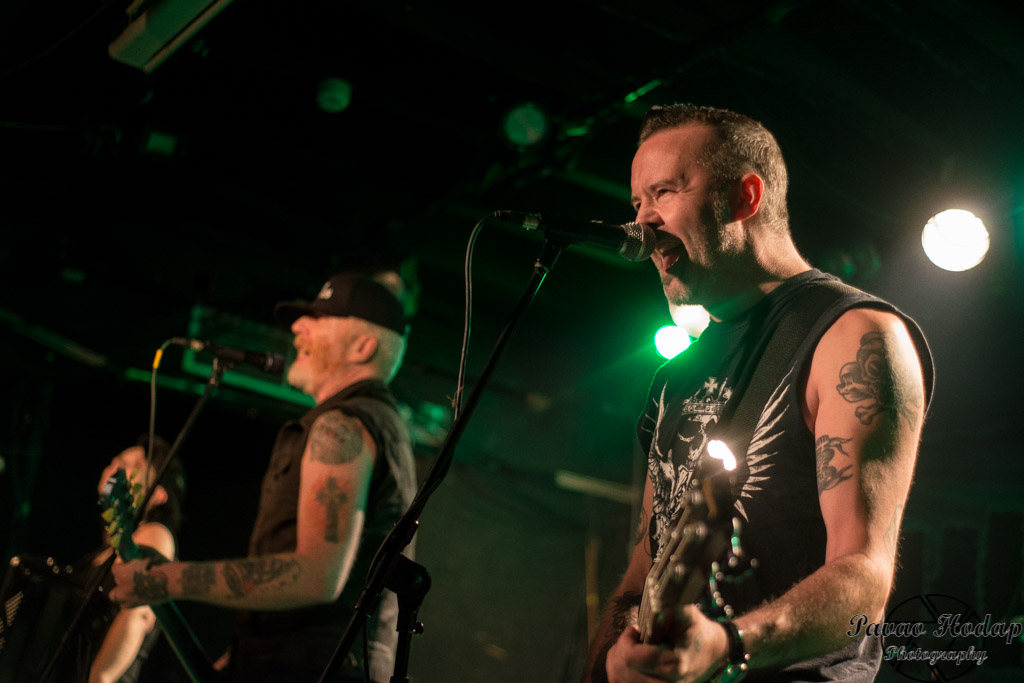 Although I was sincerely looking forward that I was going to witness my first ever concert that starts early, it wasn’t meant to be. The Mahones were delayed at the border, but it didn’t cause any concern as the Croatian audience is already used to late or very late starting of concerts.

The Mahones are a Canadian Irish-punk band founded in 1990 on St. Patrick Day by Finny McConnel, who was born in Dublin. His base idea was having a band that nurtures a working class ethic with a strong influence of Irish culture. That’s the exact thing that preoccupies Croatians and brings them closer to Irish mentality and sentiment, as Croatian- Irish love already last for decades. Croatians love Ireland and many simply adore Irish music, not because of the popularity of it, but because of surprisingly high level of similarities in the mentality of Croatians and Irish folk. The main difference of course lays in the fact that Ireland had its largest exodus of their citizens long time ago and have recovered economically and Croatia currently faces the largest escape of its citizens in history of the country. The consequences of such exoduses are devastating, if we put aside economical downfalls, the exodus is visible every step of the way, as many families become divided which leads to desperation and those who have stayed remain unsatisfied with working and living conditions, as future seems grim. All that leads us to healing and strongly beneficial power of bands like The Mahones, which play cheerful songs which brighten our grim existence and are highly relatable to working class heroes. Those that endure sometimes the horrible conditions at workplaces for the love of their loved ones can indeed be considered real heroes. But, of course, the true beauty of The Mahones is in combination of sad or painful and realistic lyrics with cheerful tunes which inspires and lifts up the spirit of their fans.

They played in front of around 150 fans and the atmosphere in the club was very relaxed and friendly. Its been great seeing audience members toasting and sharing drinks with band members. No one even thought for one second about the Corona hysteria that has infected the country. Their performance was great and lead vocalist and songwriter Finny McConnel didn’t loose one unce of his fierce and energetic performance highlighted with his occasional screams, but the band sounded great and uplifting mainly thanks to two female members: Nicole Kaiser and Sophi-Ann Pudwell; who played violin, tin whistle and accordion brought the pace up to the point of boil and quickly engaged and won over the hearts of the audience until majority couldn’t help themselves but dance. Simply brilliant, the combination of the instruments and themes of the songs, combined with skilful musicians that were obviously in the mood- sounded very inspiring and joyful.

Their songs have been promoted in several films, out of which “Paint The Town Red 2010” was performed in the final scene of “Boxer” with Mark Wahlberg and Christian Bale, which won two Oscars, which was a great promotion for the band. The Mahones have released 13 albums so far and the last one “Love, Death & Redemption “ was promoted today. The tour is also was a celebration of 30 years of their career.

The highlight of the concert was the performance of Ewan MacColl cover “Dirty Old Town”, for which the whole audience sung along which surprised even the band and hopefully it will strengthen their decision to come back to Croatia soon. Another highlight was the moment at which a young Ramones fan was invited from the audience to join the band and sing back vocals for the Ramones song cover. It was heart-warming and touching moment proving that punk and punk rock will live on with every new generation. As expected, the songs “Paint the Town Red” and “Punk Rock Saved My Life”, as well as “Drunken Lazy Bastard” also had a great feedback from the audience and were magnificently performed.

Check out the complete gallery: 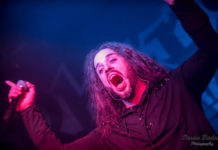