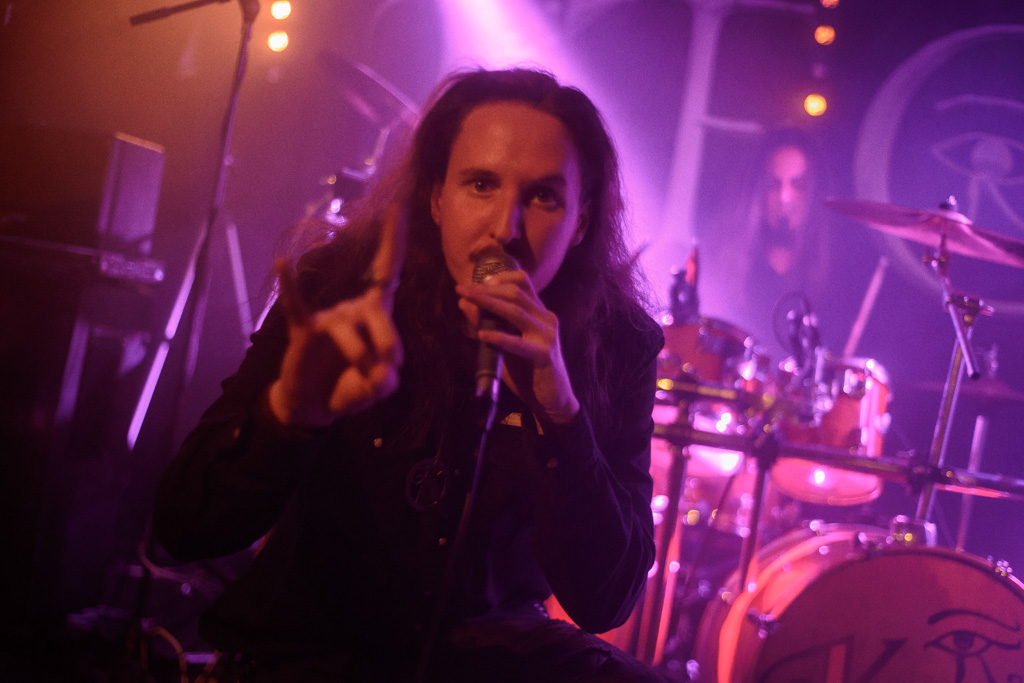 ALL MASKS ARE OFF!

Finally, the long awaited day has come: covid measures are off!! No more masks and very weird concerts which required seated audience only which was a very weird experience to have.

There was no better way to celebrate this long awaited news than at the concerts with the two eminent metal bands! Shame on you if you missed the gig as it was spectacular! The venue was packed and finally no distance, restrictions or holding back could be seen.

ARISES is a Groove Metal band from Zadar. They represent well-coordinated team with roots in the bands Rising Dream, Porko Dio and Sikasa. They are currently promoting a new line-up, the latest album, but also the new songs. Right after the announcement of a newcomer to the band: Bruno Longfield, as a new Arises singer; the band released a promising single “Release the Floods”. A music video for a single “System Corrupt” from the album “SYSTEM” had great publicity and feedback and was also a great way to present the creativity of Arises and a promise of the great things to come. The new singer Bruno really made a difference and brought special new energy to the band which brought the audience to the boiling point. It was great to finally experience a real mosh pit and experience this real Metal treat.

The power of the band lies in their ability to engage with their fans through their unique and innovative style and riffs but also with a constant change of pace that leave you astonished. Their songs present lyrics with deeper meaning and uncompromised criticism of corrupted modern soul crushing society. Every song is a new journey through new perceptions of reality and social issues that emerge in our lives daily, the heavy emotion they create and provide glimpse of wisdom we all need to reach in order to find strength to face all obstacles and rise. That could also be the direct link to the band’s name: Arises! We have all faced downfalls and troubles that could not be foreseen even in the worst nightmares, but the only thing that counts it how we have survived it all and found the strength to keep on going. Sometimes the only valid source of strength was the music and the emotion it created and bands like Arises have the maturity to be one of those bands that light the way and bring determination to never ever quit.

They started the night with the song “Terror done” and uncompromised attack to all your senses continued up to the very end at which they performed “Probe the Bloodline” which especially exhilarated their fans. The band most definitely proved their maturity and great prospects for further success.

KEOPS is a Croatian metal band founded in Rijeka which have been primary known by their first two albums: “Keops” and “Lice sudbine”. After the performance of their first, demo song at festival Ritmi Globali Europei in Italy they immediately won the first prize in the category for the best band. After a tour in Italy they performed in various clubs, festivals, and concerts in Croatia, which created an army of their oldest loyal fans.

After presenting the new line-up, they turned towards a fiercer an more heavy sound and recently released their third album “Road to Perdition” for the German label NoCut Entertainment, which they also promoted at the concert. The album contains ten new songs, and the singles released so far have been well received a very good feedback.

Their first two albums gained top places on Croatian music lists are were recognized by the critics and the audience with a very good feedback, mainly thankfully to their great performance skills and great concerts they gave. The band was recognized from the very start of their career as their first album “Keops” was fourth on the list of the most selling albums in Croatia, which is a great success. Aside from the two studio albums, Keops also recorded several compilations.

After the second album, the band changed two group members – singer and bass player, and returned to their original metal sound. The singles from the new album already became hits, and its very hard to pick the favorite one from the marvelous collection of the following: “Unconscious Mind”, “Trauma”, “Road To Perdition” and “When I Remember”. But nevertheless “Unconscious Mind” is a very powerful song and it was performed flawlessly live. I was astonished to see how they masterfully engaged the audience and brought the crowd to ecstasy! They completely dominated the stage and brought us very uplifting and powerful riffs accompanied by excellent vocal and lyrical wonder. It was a great celebration of the return of a great band to live venues and even greater in a light of excellent news as a band is preparing a very big tour with many new dates to be announced.

The band received excellent feedback from their audience and it was visible that the army of their fans remains strong. Hopefully we will have many more opportunities to enjoy their music on some of their future live shows.