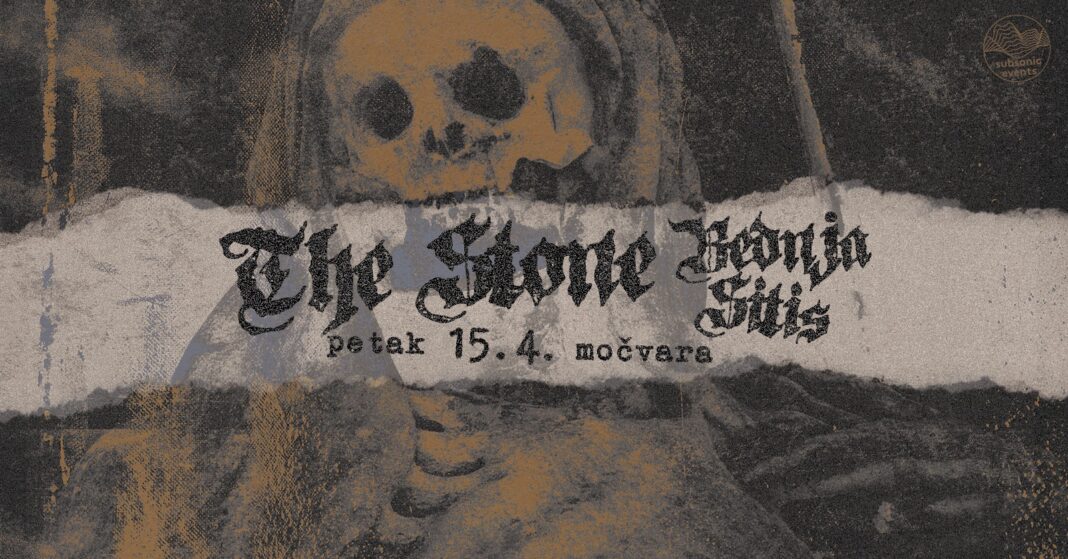 SITIS (Zagreb, Croatia) is newly formed black metal band from Zagreb came to present the album that came out to the light of day this year: “Ruina”. The band was formed in 2018, but thankfully to the experience of the band members which have been playing for a very long time- their performance was done in a professional matter and I can’t find a single objection to it. Themes that the band covers includes: Evil, Hell, Death and Decay which is very appropriate today considering the way it seems the world is headed right now. Overall, they gave a very convincing performance and we do recommend that you follow the band.

BEDNJA (Varazdin, Croatia) is a (post) Black Metal/Hardcore band from Varaždin, which released their first full length release ” Doline su ostale iza nas ” in 2019. In 2021 they released EP “Ponosni u smrti” and successfully promoted their new songs last night. Themes the band engages into are: Death, Anguish and Despair. I especially like their song “Povratak Kralja” which really does posses a mega-hit potential as the creative energy of the band offers something new on the scene trough a combination of pure energy, hatred, frustration and resistance. Specialty of the band is the fact that they sing in Croatian which makes them more attractive and interesting as they don’t sound generic or like majority of other bands.

Their live performance was very energetic, just great and flawless. I was very happy to finally see them live, as their performance at Rock in Marof 2021 was set very early so majority of the audience didn’t catch their performance, which was a shame. It was all corrected last night as the band gathered the right audience and received an excellent feedback which was very well deserved. They have very convincingly proven on stage that they are one of the bands you simply must follow and catch to see live at the very next occasion!

THE STONE  (black metal, Belgrade) is a Metal institution and considered a best and biggest Black Metal band from the Balkans. They have gradually come to a place at which a strong army of fans constitutes a solid foundation for making their every concert a spectacle. Especially taking into consideration that we had a too long break from the concerts in Croatia. Furthermore, none of those that were held in the past 2 years didn’t include a famous Black Metal band of our liking.

The Stone was founded in 1996, originally under the name Stone to Flesh. Their debut album was recorded in 1999 and released in 2000. The name of the band was changed in 2001. They have an absolutely enviable playing and creative career, conquering a large number of stages and releasing 8 full length releases so far.

Having the privilege to experience The Stone live brought me into an ecstatically happy state which could be considered a paradox. Namely because unbiased observers would probably conclude that listeners of Black Metal bands are prone to depressive or darker moods, but that’s not actually the case. My experience is that bands like The Stone offer a safe pathway to face horrific life traumas and prepare yourself for horrible things that might or might not happen.

Lyrical themes of the Stone are concentrated around: Slavic paganism (early period); Nihilism, Death, Misanthropy and Existentialism (later period). The theme of essential nihilism is ubiquitous in the lyrics, while darkness and heavy burdens they describe fit perfectly into the musical background. The charismatic and magical attractiveness of the band lays in the fact that Vocalist Glad has the power to take you into a very special journey consisted of heavy, black and dark atmosphere in which all of our actual worldly problems disappear and only the hypnotic melody remains. Special charisma around the bands is even stronger as songs are sung in Serbian language so we can’t easily compare them to other bands or find their look-alike band.

The Stone released a new album “Kosturnice” last year and presented it at Močvara. The album is impressive and already had great feedback from the fans. Performance of the Stone was flawless and the band offered a treat that has been awaited for far too long. Venue Močvara was completely packed and this was one of the best nights I have ever experienced in Močvara so far. Mainly, the bands were great, but once again the audience reminded me that there are no great experience without great people. The audience was great and rewarded all the bands with great feedback and the atmosphere in the crowd was ecstatic, it could be felt how happy everyone was to finally be at a concert of such great caliber.

Special thanks to the organizers, hosts and especially every single person which came to the concert to support the bands and to finally see and hug old friends. I can’t possible imagine a more beautiful place to be last night apart from Močvara, as it became the most important meeting point to come and see all those dear faces and friends we have missed.