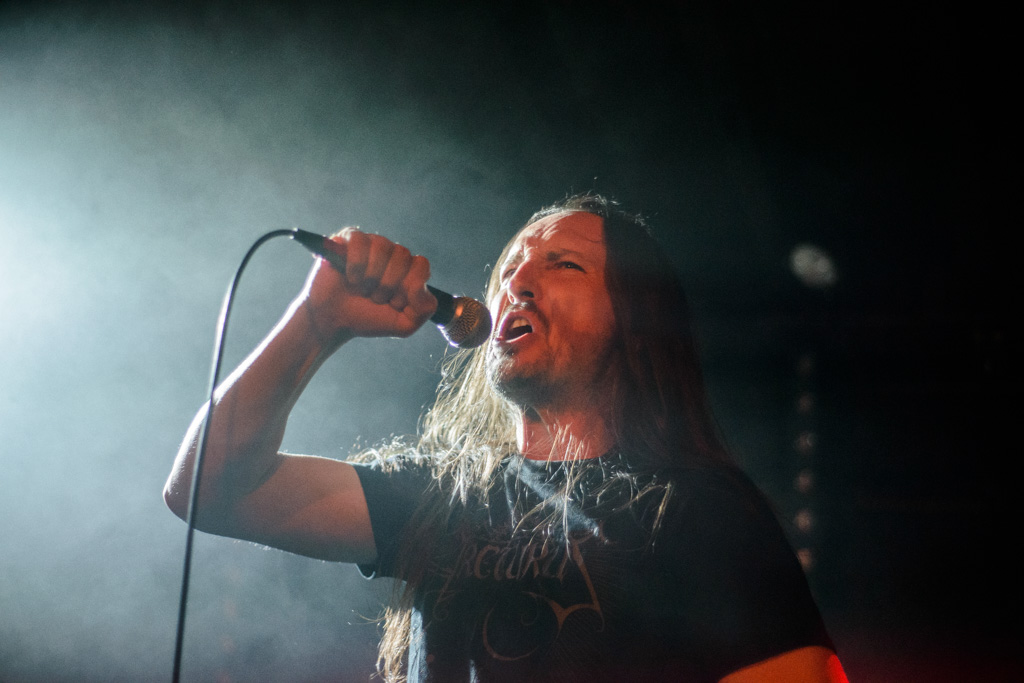 After the intro and the first song “Around me”, the band continued ruthlessly with their other songs, out of which special highlights were performances of “Carnal Slavery” and “Shit Eater”. The band concluded the concert with “Sinful Convent” which was very well received by the audience which was screaming for more!

PORAZIUM (death metal, Zagreb, Croatia) is a metal quartet formed in 2018, but we cant call them newcomers to the scene. The band is composed of members who are already known by their participation in numerous other bands such as Usud, Namet, Muka, Narednik Lobanja i vod smrti, Stribog, Avicularia, Inciter, Ashes of Eternity, Machine Insufficiency, Godlike and other. Lineup of the band consist out of: Darko Chos Ćosić (vocals), Marin Lelas (guitar), Antonio Vlahov (bass) and Goran Goc Lučić (drums). To make things even more interesting, 3 of the 4 members of the band are primarily drummers so it a very interesting mix-up of musicians which decided to make a turn during their career and start out something new.

This band started as a project but ended up as a full scale band presenting themselves trough their first album Bigger the Care – Bigger the Hate.  The album was published in 2022 and was presented last night. Their new album is very promising and they have presented it as an album providing a theme: “human stupidity has no limits”. THE LYRICS provide uncompromised criticism of severely sick modern society which makes the band very relevant. Personally, I mostly like the songs which are sung in Croatian as it gives them a special atmosphere and leave stronger impression, but also; its understandable that the band sings in English as prospects for the future are looking good!

Their performance was very professional and explosive in a way which ignited the audience from the very first song. Some of the highlights were performances of “Factory Of Idiots” and “Porazium”. The audience was fired up and overall impression is that this was a very successful evening, as I came with an open mind and no expectations from the concerts. That turned out great, as I was highly surprised with the arrival of so many metal heads, out of which some didn’t event attend any other concert and chose this concert as the first destination after the long covid- pause from life and everything. So far, several concerts in the venue Močvara could be labeled as pure success in terms of seeing very cheerful and satisfied audience. The concert last night also proved that younger generations are also treasuring the custom of going to concerts which always makes me happy to see!