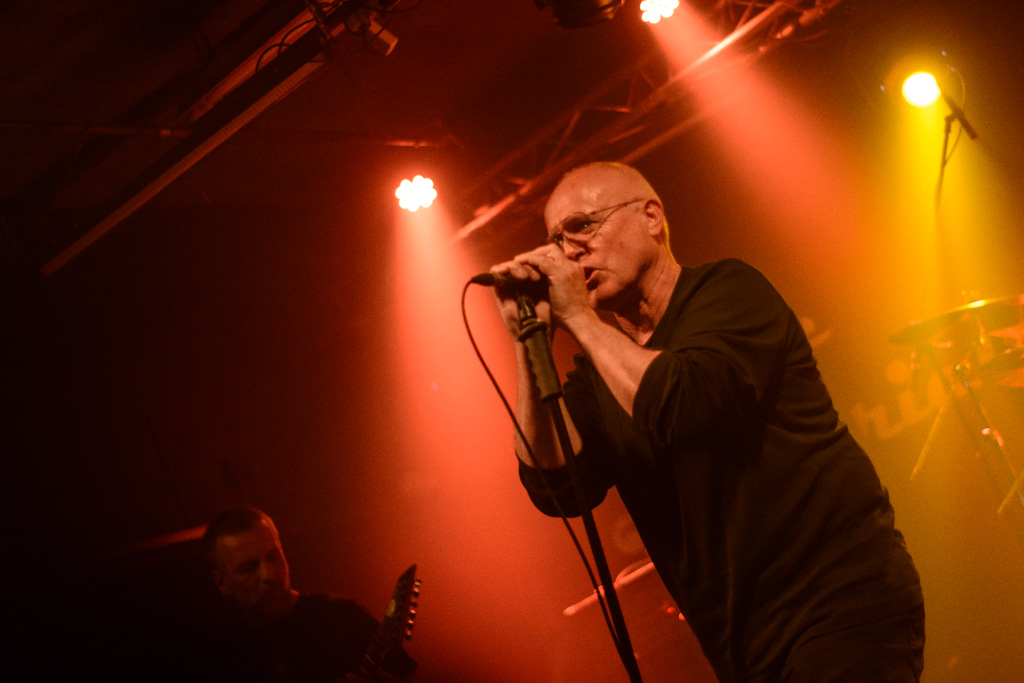 You can either love or respect them! A band that can’t be disliked.

ZADRUGA is a rock band formed in Zlatar in 1990 when guitarist Krump, vocalist Kreš and drummer Jura decided to form a band after they already had several compositions of their own. After several performances and several changes of band members, the first permanent line-up of the band has been formed. Today, as in the previous ten years, the permanent line-up of Zadruga consists of Krumpa, Kreš, Niđo and Ico, while Tihomir joins them at some concerts.

With its demo and later studio releases, Zadruga became part of the then Croatian alternative scene, which included Majke, Hladno pivo, Pips, Chip & Videoclips, Let 3, Overflow and others, and concerts in Croatia and Slovenia became more numerous. In addition to three solo albums and one album created in collaboration, their songs also have been released on a dozen different compilations and occasional releases. Also, their songs have been played by many other artists.

The band successfully maintained their special status at Croatian rock scene for over 30 years one of the best Croatian rock bands that has earned it steady position among the top 5 Croatian rock bands. Of course, rock fans have their favorite bands but the legendary status of one of the most fun bands with best gigs hasn’t been undermined in any way during all these years. I was a bit shocked by the fact that the band actually exists for so long and the proof from last night’s concert that years indeed are only a number. The legendary vocalist Kreš does look older, but he for damn sure doesn’t sound, perform or move as anyone else from his generations. I guess there is some kind of unriddled secret that maintains our favorite rock stars forever young. Kreš demonstrated an endless source of energy, spiced up with positive and witty remarks throughout the concert. Kreš definitely earned his status and one of the most positive and fun rock frontmans, especially taking into consideration that his special charm, wit and charisma of a “peoples person” from Zagorje makes him very compelling.

Zadruga is one of the rarest bands that you can either love or respect! It’s a band that can’t be disliked as their cult status has maintained steady throughout the years due to great songs and even greater live performances. Zadruga has a very rare skill to create a flashback for every single audience member and take them to the journey into the past. But not any kind, they took us into the happiest time ever in which only funs and carefree moments existed. In some cases the music we loved kept us alive and sane, and for me personally the song “Ja živim vu malome selu” has done a trick, as after the war in Croatia started everything went downhill, so I went to live into the tiny village from the major city; and not by my choice. I accepted the rash reality of living in poor life conditions as I learned to make fun of the situation and laugh at my own experience for the first time in my life. So, to put it shortly: Zadruga is a very important band on Croatian scene and their songs should not be taken lightly. Some are genius and some represent the mark of time and special mentality only Zagorje can offer and brighten our lives and change our state of mind into more positive, stronger and capable of battling all life challenges.

The concert started as an prelude into an endless stream of hits that always hit the right spot. The venue was packed and the band received excellent feedback from the audience as the band has a steady base of fans. The second song performed was “Plahnem te z bičem” which fired up the audience to the boil. Right after it the band decided to have a “wedding intermezzo” which took us to nightmares from the past in case we attended the wedding or some kind of celebration with the bands that play very poorly and can be listened to only heavily intoxicated with alcohol. The front man continuously proven that Kajkavian dialect from Zagorje is the most charming way to talk as all the jokes and anecdotes sound even funnier.

Its closely to impossible to point out the highlight of the concert, apart from maybe the performance of “Nekak mi je ljepše biti sam”, with guest performances of Tihomir and Miroslav or a performance with special appearance of a chainsaw.

Special treats from Zagorje were performances of songs: “Ja živim vu malome selu”, “Krava mi je v detelju vušla”, “Zagorski tarzan” and “Dvaput po dva” which is sung in the honor of tractors and special kind of lifestyle that includes lots of farming, domestic animals and cheep bars. It a special kind of mentality Croatians love as Zagorje mentality has been included into numerous films and series in order to demonstrate how special people from Zagorje are.

Its impossible to count all the hits, but following performances were also great and fired up the audience: “Nebo i zemlja”, “Zvona zvone (tan du gej)”, “Hiti se na pleča” and of course, one of the best: “Dok Bil Sam Mlad”. The latter provided instant flashback into the childhood and growing up memories, so the whole night was an endless experience of carefree happiness.

The concert ended completely crazy as “Mala čići” was performed with countless stream of fans jumping up on stage and singing along the band. At one point the fans took over the song and made this night a perfect celebration of comeback of live performances and reminded us all that we can stay young longer only as long as we continue to follow and support art performers. Staying young forever will remain reserved for rock stars such as Kreš. Some of them, like Zadruga have the power to create care fee environment filled with fun only!