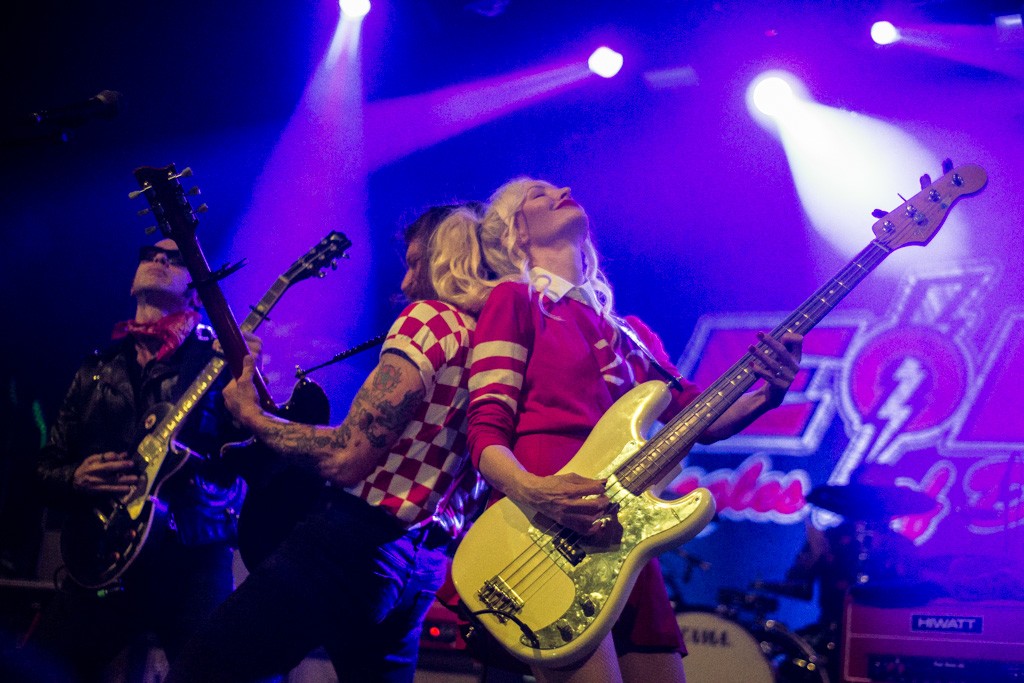 A TWO-DAY REPORT OF IMPRESSIONS

Finally, I have been invited to cover the concert as a replacement for a regular reporter and I could be more excited to do it. I felt almost like I was going to be abducted- as I had no time to prepare, I was supposed to be set and ready immediately! The stress started to become too much, so the best solution was to start drinking immediately, as you never know will the bartenders at the venue be fast enough. I suppose that was the only thinking I did right today.

After the arrival to the venue I felt something was off. The last bigger concert I went to was Vader, that played last week in Zagreb. The crowd was somewhat different (than the ones that went to Vader), so I started thinking about the effects of Corona lockdown on fashion choices people make- as it seemed that people were dressed more casual; but my train of though was interrupted by a friend who also went to black/death metal festival Brutal Assault BC (before corona). Naturally, we hit the bar where I also met the crowd I know from other particularly strange gatherings, so things quickly started to become blurry and hazy.

The band that opened the evening: DEAD SARA was a surprise and I must admit I didn’t quite understood the performance so I decided to let it sink in a bit and think about it tomorrow.

Last death metal bend I saw at this venue was (more precisely: melodic death) Amon Amarth, but it seems like it was ages ago (also happened BC), so I was happy that finally another death metal band is to perform at a bigger and packed venue.

That moment came. EAGLES OF DEATH METAL stepped on stage.

THEY ARE NOT A DEATH METAL BAND!

Why isn’t that stated on posters and banners online?

Needles to say I was shocked and overly surprised.

Well, I had the rest of the night to gather my impressions and here are the things I’ve learned:

All the impressions from last night have sinked in, so I’m not any smarter but can recall few more details more clearly, so here it goes:

I’ve double checked on Google and Eagles of Death Metal is not a death metal band. There are few theories, but one states that the bands name came up when Homme referred to Vader as “the Eagles of death metal”. After hearing this phrase, Hughes wondered what a cross between the Eagles and a death metal band would sound like. Interesting story, but I will let you create your own image of the result and the meaning of it all.

The legendary American rock’n’roll machine Eagles Of Death Metal returned to Zagreb for a club concert as part of the second part of a world tour marking 24 years of existence planned out in order to visit 19 countries across Europe. The performance at the Factory was the only one in the region and the venue was packed.

They have proven that the reputation of the most entertaining rock’n’roll bands and the cult name of the genre known for infectiously good energy and performances is very well deserved. The albums “Peace, Love, Death Metal” (2004), “Death by Sexy” (2006) and “Heart On” (2008) launched them to the very top of the world guitar scene, and hits such as “I Want You So” Hard ”,“ I Got a Feelin ’(Just Nineteen)”, “Wannabe in L.A”, “Miss Alissa”, “Cherry Cola”, “Only Want You” are classics of every rock n roll party.

EODM are an amazing band which made me love them from the first listening which isn’t that common taking into consideration that I’m not usually into rock bands in general. The reason for it lays in a fact that its too hard to describe the band and name other bands that sound like them as there aren’t any, their style is too specific.

Eagles of Death Metal’s music has been described as garage rock, blues rock, hard rock, rockabilly, alternative rock, boogie rock, desert rock, punkabilly, garage punk, glam rock, rock and roll, swamp rock, and “rockabilly-metal”. The sound has been noted for containing elements of bluegrass and funk, and has also been described as “a mash-up of punk, rockabilly and Rolling Stones-style boogie”. But mostly, the most special advantage of the band is the fact that their music makes you move, you just have to dance as it would be a crying shame not to join the fun and fully enjoy their great live performance and their interpretation of “rock you just have to dance to” they deliver flawlessly.

It was very heart-warming to experience the energy, positivity and togetherness of the band who survived terror attack at gig in Paris as its was an extremely traumatic event. The concert started with a phenomenal “We Are Family” (cover of Sister Sledge song) and the band truly represents triumph of art, music talent and positivity over extreme trauma of terrorist attics, as I believe the band was also highly affected by it and not only families of the victims.

Jennie Vee joined EODM in 2017 and she was just perfect at last nights show. She’s very charismatic and the band greatly gained under her influence. All the more reason to be overjoyed for her as she’s partially Croatian so she got the see a bit more of Croatia yesterday and even Jesse Hughes wore a shirt representing the Croatian flag. Of course, the front man Jesse was in a great mood and entertained the audience with many stories and jokes.

In a conclusion, it was a very fun evening and one of the songs in the encore was “Can’t Help Falling in Love” (Elvis Presley cover) and the only thing I regret from the concert was: why wasn’t this done in a collaboration with a death metal vocalist? It would sound perfect as it could transfer the feelings most people get after a love affair goes terribly wrong.