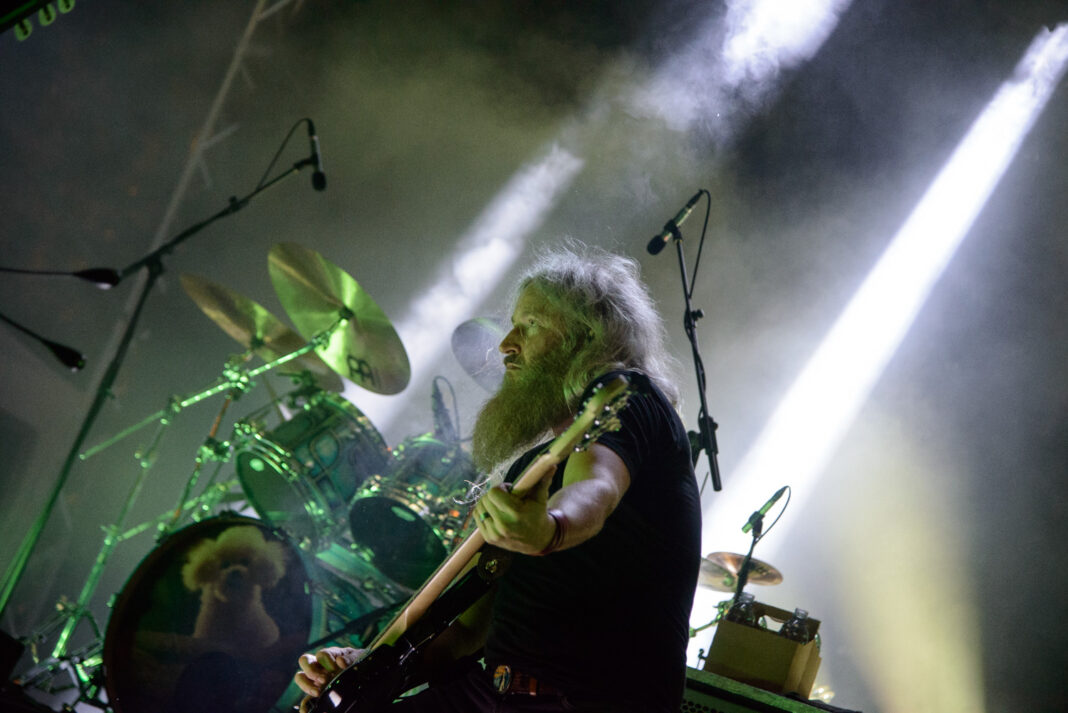 To everyone’s delight, the concert has been moved from a closed venue into an open air concert and any other move would made enduring the concert insufferable, due to the heat wave in Croatia. This also has promoted the concert into the most important into in to the summer festival season as hearing such great bands live on a open air venue was all we ever needed after a break that has been too long due to the conditions known to all of us.

BARONESS are a Progressive Sludge Metal, Progressive Rock band from United States formed in 2003. Their lyrical themes evolve around: life, society, emotions, formed in 2003. The band is formed by John Baizley, Allen Blickle, Tim Loose, and Summer Welch. John Baizley does all the band’s art, along with much of the art for other bands including The Red Chord, Torche, and many of Robotic Empire Record bands. The band is endorsed by Fender guitars. The band performed in Croatia for the first time after several years of absence and the absolute peak of their performance was hearing the phenomenal “Eula”.

This concert was also the last night that the band played on the tour with Mastodon and they have dedicated the last song they played to the band and we are sure that they had much fun, success and excitement on the tour.

KVELERTAK gave an excellent performance filled with energetic outbursts of positive strong riffs that would actually wake up the dead. Its too hard to emphasize the highlight of the performance so we will close the conclusion on the bands performance at: YOU MUST SEE THEM LIVE. Believe us when we say they were the highlight of the evening by themselves and you must check it live and experience it by yourselves.

MASTODON gave a very energetic and heartwarming performance which was awaited by their fans for far too long. It was great to see all the familiar faces and friend that came from all parts of Croatia (and beyond) to see their favorite band live. This was the biggest concert in a while that gave a vibe of the festival fever as held it was held in an open air venue, consisted of several excellent bands and was held in summer. Mastodon truly have run over their fans like a true mastodon would: leaving them scattered all over the place but feeling happy and delighted from the sight and sounds of a true great band!

Mastodon are a band from Atlanta, Georgia formed in 2000, which plays Progressive/Sludge Metal (early); Progressive Metal/Rock (later). Their lyrical themes evolve around life, hardships, heroic tales, mythical beasts, literature and spirituality. Mastodon considers each of their full-length albums to have a different general theme that doesn’t reach as far as a full concept. Their logo and artwork for each album represent one of the four elements. “Remission” represents fire, “Leviathan” represents water, “Blood Mountain” represents earth, and “Crack the Skye” represents air (or ether). Additionally, the symbol over their logo changes from album to album.


Interestingly, the bands front man Brent Hinds stated: “I hate heavy metal” as the audience was filled with metal heads thirsty for heavy and brutal riffs. He stated he only started playing heavy music because he thought it was rebellious, and he’s always trying to get Mastodon to drop the metal and explore other paths. But tonight has proved quality music, lyrics and meaning flow and grow out of and genres and win over the fans no matter what.

The band opened the concert by performance of „Pain With an Anchor and “Crystal Skull”- The last song the band performed before the encore was  “Gigantium” which was followed by phenomenal “Blood and Thunder” for the end. Of course, the die-hard fans were left with some regrets as not all of the brilliant masterpieces were played, but that’s almost always the case as no amount of time would be sufficient for such a great opus to be presented.

In a conclusion I must state that the concerts was a success as we have witnessed the overall throwing of heavily overpriced beers across the audience. That definitely wouldn’t be the case if the performance was least that expected.