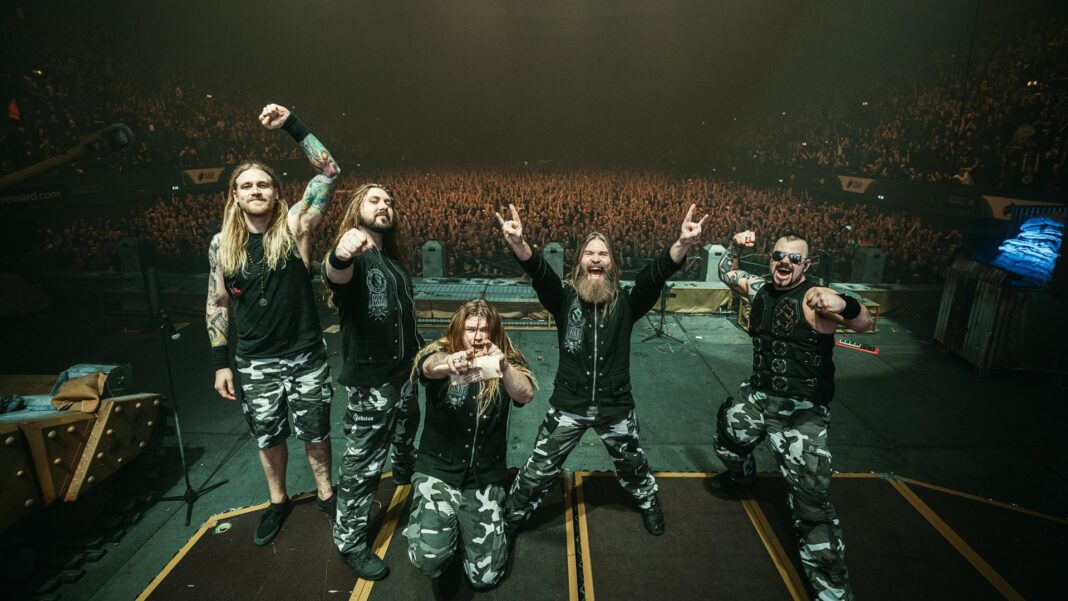 This Friday, August 19, 2022, Opatija is expecting a great metal spectacle – a performance by the world-famous band Sabaton!

In more than two decades since their formation, Swedish metallers Sabaton have earned a reputation as one of the most hard-working bands – releasing ten highly-rated studio albums (two of which went platinum!), winning numerous awards and nominations, and gaining millions of loyal fans around the world in the process.

From year to year, their popularity is growing rapidly, which is not unusual. Combining powerful riffs with singer Joakim Brodén’s distinctive voice, Sabaton tackles the compelling themes of real-life wars and the people who fought in them – grueling battles and great acts of bravery, glorious victories and poignant personal struggles – true stories more fantastic than any fiction, and they raised their music to a higher level by creating documentaries about the themes of the songs, which ranks them among the most interesting bands today.

Sabaton is perhaps best known for its live concerts, which are a real musical and stage spectacle. The band has performed all over the world, regularly filling arenas and gathering crowds at festivals across Europe.

This summer, as an exclusive concert in Croatia, Chris Röland, Hannes Van Dahl, Joakim Brodén, Pär Sundström and Tommy Johansson will perform in the beautiful setting of the Summer Stage in Opatija as part of their big European tour “The Tour to End All Tours”. They will promote the new album, but also play the biggest hits so far, which will ensure a real evening to remember!

The last contingent of tickets at the price of HRK 300 is about to be sold out and there are only a few left, so everyone who wants to attend this concert now is the last moment to purchase tickets through the Mojekarte.hr system.

The concert starts at 9 p.m. The box office opens at 7:00 p.m., and entrances for the public from the port of Opatija and from Angiolina Park will be open from 7:30 p.m.

The concert will take place regardless of the weather, and in case of rain, we recommend all visitors to bring raincoats, as umbrellas will not be allowed inside the concert area.