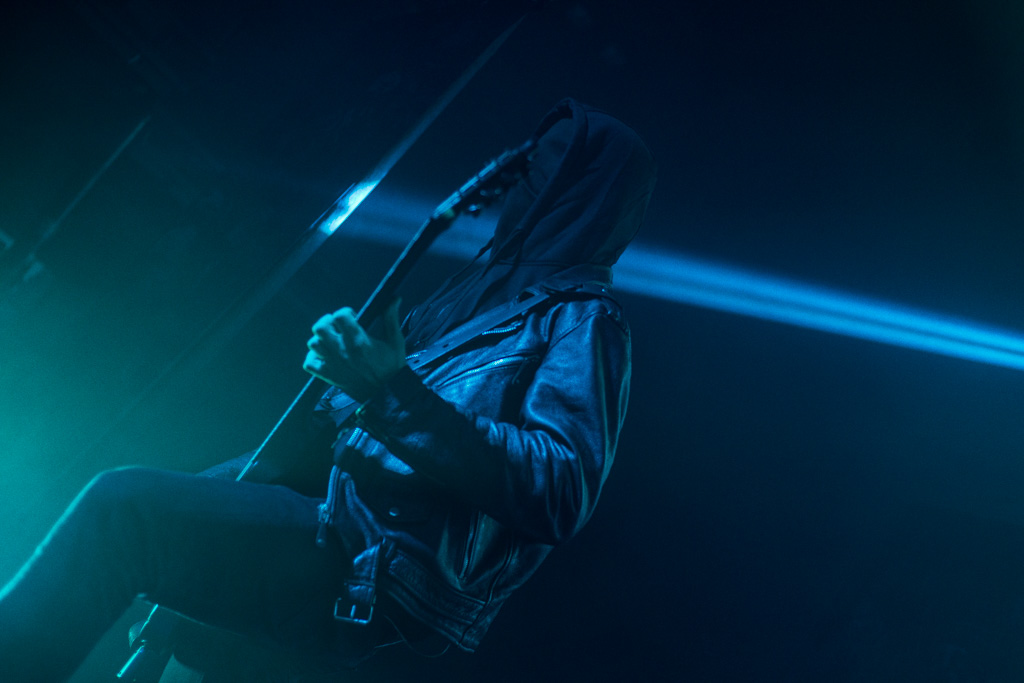 ODIUM HUMANI GENERIS are black metal formed in 2015 in Łódź, Poland and their name could be translated as: “detest/hatred to human race” or simply “misanthropy”. Devoted to the classic 90’s black metal atmospheres, Polish black metallers OHG musical concept is enriched by intense depressive themes and personal thematic lyrics.

Special feature that makes this band stand out is lyrics in Polish and a very mystic and almost magical atmosphere the band creates through their dark riffs. OHG delivered a stunning live performance as the melancholic atmosphere served as a great prelude into the magic night before us!

IN TWILIGHT’S EMBRACE, a black metal band formed in 2003 in Poland offers their magical journey into themes that include: mankind’s decline, death, sacrifice, rejection of faith and many others.

The complete atmosphere at the concert was especially successful and spiced up by the charismatic and great performance of the vocalist Cyprian Łakomy. They have successfully integrated several styles that easily combine classic black metal riffs with melodic sequences to highly uplifting rhythms, which is a very interesting combination. Both bands created a beautiful intro for the main stars that were just about to enter the stage.

They have successfully integrated several styles that easily combine classic black metal riffs with melodic sequences to highly uplifting rhythms, which is a very interesting combination. Both bands created a beautiful intro for the main stars that were just about to enter the stage.

MGŁA (black metal, Poland) hardly needs any introduction as they are a band well known for their great live performances and excellent albums. They are also well known to domestic audiences, as it’s been almost exactly 3 years since we last saw them in the sold-out venue club MOČVARA. Yesterday they performed in a fully packed venue in the club BOOGALOO, which has double capacity in correlation to the club they performed earlier and it is a great fact that made us proud and happy for the bands success!

This concert was the official promotion of the album „Age Of Excuse“, which did not happen earlier due to Covid. Also, exactly 10 years ago Mgła released “With Hearts Toward None” which was a main turning point for the band.

Mgła (pronounced “mgwah”) started out as a black metal studio project in 2000 by singer and multi-instrumentalist M., but has grown into a very known and influential band. After the release of „With Hearts Toward None“ in 2012, Mgła started to play live shows including other members: Darkside, The Fall and E.V.T. It’s been a privilege to experience the craftsmanship of the official drummer Darkside- live in action and make sure you follow some drum cam videos for even more!

There are some disputes about Mgła being a nihilist band, in terms of determination of the level of nihilism. Their lyrical themes evolve around: darkness, misanthropy and nihilism, but for me personally pure nihilism leaves nothing behind and Mgła explores dark sides of the mind in a very intelligent way. That’s why this band is so very much appealing and has many highly relatable songs and memorable lyrics. It’s because Mgła doesn’t put ideas into the audience’s minds, they provoke critical thinking and create better outcomes. I think the “hard core nihilism” band offers “black void of nothingness” and Mgła offers more than that. I love that band so much, that I feel it truly offers comfort and a strong barrier to a very cruel world out there.

It’s very clear that the “Exercises in Futility” album is a masterpiece, and it teaches us very valuable lessons in life. I hate “popular psychology” and lyrics/quotes that sound cheap or cheesy, but nothing regarding Mgła songs and lyrics doesn’t offer fast and cheap solutions. Rather than that, they offer in depth exploration of human nature and our position in society, if we choose to be part (or an active participant) of this corrupt and decaying world.

So these are some lessons Mgła successfully transfers:

When you’ve lost everything, all you might retrieve at first is: your dignity.

Mostly, you won’t get the closure you desperately need after a traumatic event. With time, you’ll learn to create closure by yourself, without anyone’s help and move on. You learn you can count only on your own strength.

Our dreams and hopes are often futile. So, you find ways to survive by protecting yourself, which is good unless you overdo it (in some instances it might be necessary, but not as a permanent solution for life).

Nihilism, depression and internal fight with your own demons aren’t the end or a permanent state. Recognition of all those disappointments is a start of creation of different life foundations. Majority of misery in our mindsets starts with overall disappointment with interpersonal relations. When we look into ourselves and our needs, we get the most out of life.

Catharsis through Exercises in Futility

The band’s performance consisted of a flawless performance and energy that was doubled and brought to the point of explosive outburst of pure satisfaction- by the excellent feedback from the audience.

The set list was the same as in Beograd, where they played the day before:

Exercises in Futility I

With Hearts Toward None I

The atmosphere at the concert venue was incredibly positive and filled with vibrant expectation and as Mgła entered the stage for the first time the excitement was visible and tangible. The concert was opened with “Age of Excuse II” and that instantly caused ecstasy in the audience in the crowded venue.

Mgła is one of the rare bands that offers unique and perfect combination of innovative and creative music riffs, lyrics, atmosphere and impact that leaves none indifferent. Those who get dragged into their empire find an incredible mixture of masterpieces that speak directly to your soul and offer comfort no human could ever achieve and maybe never will.

It was amazing to witness, experience, enjoy and soak on the atmosphere of one of the biggest and greatest bands black metal has to offer. To put it shortly: it was orgasmic! Mgła live performance has “strange side effects” of to the audience: some enter ecstasy, some reach nirvana from the very first few riffs, some were high on adrenaline and/or oxytocin and some had pure Musicgasms. It truly was orgasmic black metal experience!

I was perfectly and deeply satisfied with the concert, as this was my third time to see the band live and I was genuinely thrilled by the reception from the audience and the fact that the audience grew significantly bigger than on the last occasion. It was a black celebration and combination of the best feeling you get only on your favourite holiday, perfect party or first day on a trip after a long time. All the fans of the bands made this event grand and special, and I will cherish this night as one of the top five concert experiences I had through my whole lifetime (of almost 5 decades)!

Nevertheless, there are also opposite opinions from the metalheads that are not hard-core fans and keep a more objective eye on things: which stated that the Mgła concert was too short and seemed like it was executed without any excess emotion. I wouldn’t agree completely, as that’s the style band practices for a long time, and you will get out of the concert the experience that is aligned with your expectation. I expected greatness. Luckily, I have witnessed it in all its glory! Truly remarkable night for all Mgła fans! Probably my perception of the concert being great is largely influenced by my huge love for the band, but nevertheless, it has been truly magical and beautiful! The overwhelming joy was multiplied by many friends I met, that have become like a second family and its always great seeing fans that travelled for many hours just to arrive to the concert!

My only regret was that “Exercises In Futility VI” wasn’t performed as I find it my most favourite song, but what can I say except: “Dreams don’t come true for people like us”;) I will just have to put the song on repeat for several times, multiple times to soothe the pain. I also deeply missed hearing “With Hearts Toward None VII” but both songs were played at the last concert in Zagreb so I had a chance to experience that together with all others who came.

This was definitely one of the best metal concerts in many years that took place in Zagreb! 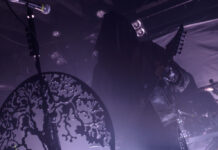